AN INITIATIVE COMING FROM US,

ACTIVISTS FROM BRAZIL AND THE WORLD!

Last year, we were marching in the streets, bringing awareness to the climate emergency. We listened to promises of a better world and a more sustainable society. We are now back with a plea for help. Public authorities in the heart of the Amazon Rainforest have begged for assistance, and this cannot be ignored.

SUPPORT THOSE WHO PROTECT THE FOREST

The indigenous and riverside communities in the Amazon are the biggest defenders of the forest, and they are fundamental players in the fight against climate change.

The health system in Manaus, the capital of the state of Amazonas and the main reference health center for most of the Amazon Rainforest's traditional peoples, has collapsed. As a consequence, millions of peoples' lives were put at risk. The city's press officers have announced over 100 deaths per day due to Covid-19, and this number can be higher with the addition of non-confirmed cases. We need to help both the rural and urban populations to contain the spread of the virus and therefore avoid the destruction of the heart of the Amazon.

The climate emergency is our generation's biggest challenge. It is a path of no return towards the extinction of all of societies across the planet that we must avoid. The mass deaths of the Amazon's peoples, especially the native peoples, will be a loss with global consequences.

If we do not help the Amazon Rainforest's populations, we will be allowing both the climate crisis and the new Coronavirus crisis to develop. By helping the urban population, we will also be helping the traditional peoples, as hospitals will also have more space and resources to treat them properly according to safety and effectiveness standards.

IN THE STATE OF AMAZONAS

Deaths due to coronavirus

We, students, have taken to the streets in great public demonstrations in the past two years to ask all of you to help preserve our future and the next generations’ future. Now, we once again protest, this time virtually, to ask you to stop the decimation of the Amazon’s population.

Fridays for Future does not constitute a formal organization. Therefore, we do not have the liberty, nor the structure, to donate resources directly. We have therefore chosen an institution to receive the money and forward it to places and communities to be determined by the activists involved in the project.

The communities which will receive money will be chosen by Fridays for Future.

- 45% to Manaus and communities near Manaus

- 05% reserved for covering possible setbacks or support for new ideas

In the Upper Negro River, we're going to direct the resources to the Santa Isabel territory, attending to the Yanomami communities. In the Lábrea and Purus region, we will be directing resources to the Caititu, Tapaua and Deni lands, and the Paumari, Apurinã, Deni, Jamamdi and Jarauwara will be attended. In Manaus and its surroundings, we expect ot be able to help 19 different communities and a total of 1489 families.

Through the partnership with the Amazon Sustainable Foundation (FAS) and the Alliance, we are able to understand the demands of the most affected populations and direct resources more efficiently and transparently.

Our idea is to donate basic hygiene items and food, and invest in health equipment. For this, we chose one institution to receive the money and forward it to different places. The benefited communities were chosen according to criteria such as number of cases, distance, impact of actions and replicability

AND APPLICATION OF RESOURCES

You may donate as much as you feel you can, and any amount you choose to contribute with will help - even the smallest of actions can have a huge positive impact.

And remember: no one is too small to make a difference.

The Sustainable Development Goals are a set of proposals drawn by the United Nations in2015 which aim to eradicate poverty and promote dignified life for all, within the limits ofthe planet's resources.

Cooperation is the main pillar of the 2030 Agenda, of which the SDGs are part, because theissues dealt with must be worked on in all aspects of society and this consequently generatesa support for integration, not only of people, companies and governments, but also ofenvironmental, economic and social spheres since the struggles must be recognized asinterdependent. Another important point on this agenda is the concern for everyone. This canbe seen in the agenda’s main motto “Leave no one behind”, which recognizes the necessityfor us to work together so that everyone can have what we, who are privileged already have.

In the SOS Amazônia campaign we defend the SDGs as structuring points for our plans andactions, and base our project on the ultimate goal of transforming the world into a betterODS SOS Amazôniaplace, recognizing that indigenous peoples are a key point in the construction of this new,more equal, inclusive and ecologically correct world.

There are 17 SDGs and 169 goals in all of them and through a study we were able to map thatSOS Amazônia contributes with 9 out of 17 which are: 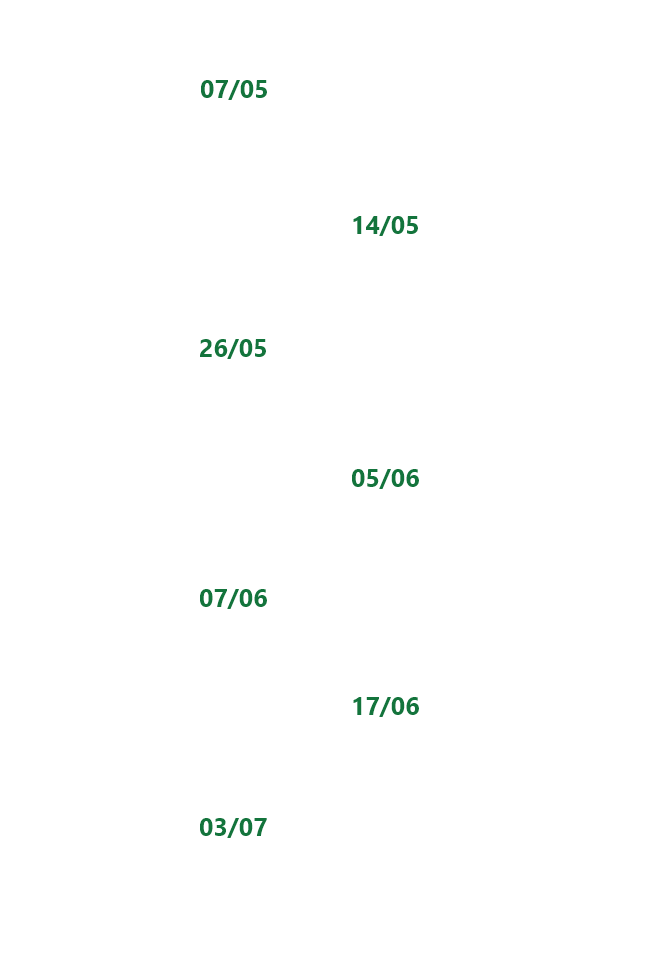 These are 16 climate activists from around the world who are a part of the Fridays For Future movement. Fridays For Future gathers millions of activists spread across the continents to advocate for their governments to follow the Paris Agreement and stop polluting the atmosphere with greenhouse gases. Besides their international collaboration, each young activist in this project works on more specific issues in their countries to promote necessary changes within their own nations.

ACTIVISTS INVOLVED IN THE PROJECT

20, is a Brazilian climate activist from Amazon Rainforest who participates in the Fridays for Future Movement in Portugal and Brazil. His activism focused on promoting a more suitable economy for society, green energy sources and the preservation of the world's largest rainforest; social justice to everyone everywhere and a more united world. He believes that all global leaders should act now against the climate emergency or be replaced.

17, a climate activist from southern Brazil, is part of Fridays for Future movement, acting locally, nationally and internationally. Amália focuses on fighting for climate and social justice, networking and connecting different groups to strengthen the climate cause. She wishes to encourage people of all ages to take action to avoid the climate crisis and raise awareness to other social issues related to the environment. Locally, she is involved in opposition to coal mining and fracking – having protested and publicly spoken against a coal mine that would be built near her city of Porto Alegre. Amália is also interested in planetary health and finding new ways for planet Earth to remain full of life. Overall, she is only hoping to do as much as possible to ensure a good future for humanity and for the planet.

17, is a kiwi climate activist in the New Zealand School Strike for Climate movement. Currently, their movement is working on a major campaign to promote the ‘Green New Deal’, a bill they collaboratively wrote, ordering their government to have a strong environmental consciousness when making all post-pandemic recovery decisions.

19, is a Portuguese climate activist in the Fridays For Future movement. Her activism focuses on the intersectionality of the fight against climate change, on how climate justice means and is social justice; and on the importance and role of art in activism. She fights for human and animal rights and believes that the “fossil machine” must stop so that we - all living beings - have a dignified future on Earth.

18, acts in the Fridays for Future Brazil outreach and social media areas and in the youth leadership organization Engajamundo. Through Fridays for Future Brazil, Daniel organizes protests in his city to fight for the climate change mitigation. In Engajamundo, he works on the implementation of the SDG 2030 Agenda. In the movements he acts in, he strongly defends social causes such as the eradication of poverty and gender equality.

15, is a Brazilian activist from Amazon Rainforest. She started the Fridays for Future movement in Belem to alert the Amazonian society to the impact of forest destruction..

Greta Thunberg is a Swedish climate- and environmental activist who started school striking for the climate outside the Swedish parliament in August 2018. She is now an active organiser both locally in her home town Stockholm, nationally in Sweden and internationally within the fridaysforfuture movement.

18, is a socio-environmental activist who is part of the national and local climate strike movements in Brazil, Fridays For Future Brazil and Youth for Climate Brasilia, respectively. His activity is focused on the Sustainable Development Goals, the presence of the youth in the decision-making fields and the fight against the greenwashing of companies and countries that want to take advantage of the environmental fight for self-promotion.

19, is a Swedish climate activist and striker in the Fridays For Future movement. Isabelle focuses her activism and studies mainly on the climate justice aspect of the climate crisis; a transition to a climate friendly society that ensures equity and acceptable living standards for all, especially the people most vulnerable to the consequences the climate crisis brings. She means that Sweden and more countries in the Global North must take responsibility for their current and historical emissions before demanding others do the same.

21, is a climate activist in Fridays For Future Brazil and Fridays For Future Amazônia, facilitator in Greenpeace Manaus and member of the environmental creative council chaired by the environment and sustainable development commission of the legislative assembly of the state of Amazonas. The council is focused on mobilization and social engagement, political advocacy in terms of decision-making, fighting in defense of the environment and peace. All of this whilst inspiring people to change attitudes and behaviors and be responsible for the planet, with a goal towards an environmentally safe and socially fair world that offers hope for his generation as well as future ones.

21, is a Brazilian climate and animal activist with Fridays For Future and Anonymous for the Voiceless São Paulo. He fights for net-zero carbon emissions and the end of animal exploitation towards the peaceful coexistence of human beings and nature. He also seeks a society based on equality, where people are accepted for who they are without being judged. João runs “@7ourworld”, an Instagram page where he tries to raise awareness about the negative impacts of human actions on climate change and the animal industry by studying scientific data, books, articles and reports.

24, is a climate activist and German student. She is one of the organizers of the Climate Strike for Climate in Germany and defends a climate policy which fulfills and surpasses the Paris Agreement. Luisa is a part of the Alliance 90/The greens and the Green Youth.

16, is a Brazilian climate and social activist, acting in Fridays for Future and Jovens Pelo Clima - Brasília. She focuses her work on the direct influence between climate change, environmental degradation and interpersonal relations. One of her purposes is to encourage youth to mobilize to fight for their right to coexist with an ecologically safe and life friendly environment, in addition to raising awareness for the danger of the climate collapse.

They protect our future. Now it is time for us to protect their present so they can have a future as well.

Please save Manaus. Save the Amazon. #DefendTheDefenders.

This campaign uses Welight's solutions to raise funds. Together, we go beyond technology to accelerate the transformations to achieve the Sustainable Development Goals and balance the relationships between people and the planet.